The more we “borrow” gear items previously designated for sports that are not running, the more we look like athletes who are not runners.

But before you write off my concern as irrational paranoia, consider the following evidence. 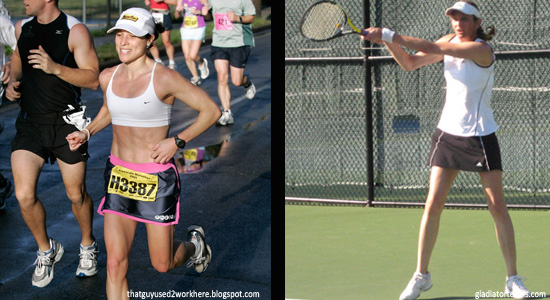 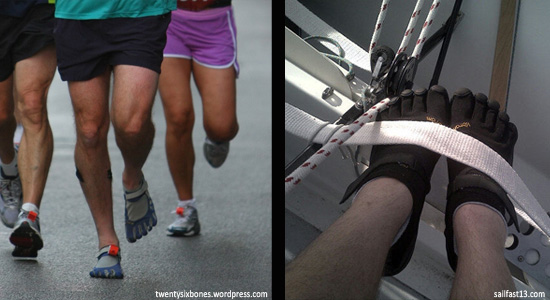 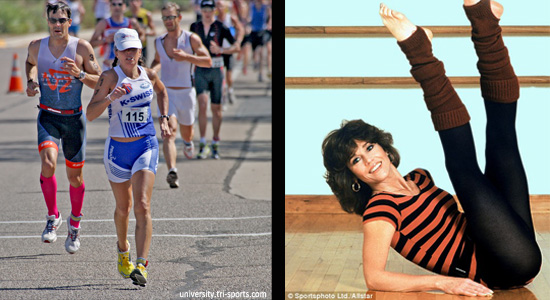 If that’s not enough to totally freak you out, get this: legendary running coach Alberto Salazar recently revealed that he is asking some of his athletes—namely Olympic silver medalist Galen Rupp and high school national recordholder Mary Cain—to wear equestrian shoulder braces while training.

When I read this story, I couldn’t help but imagine poor Galen decked out in all of the crazy gear that is surely lurking in his closet. How ridiculous would he look?!?

Well, thanks to my rudimentary Photoshop skills and a slightly embarrassing amount of free time, we don’t have to imagine anymore. Below you will find my most recent exploit in a string of non-revenue producing ventures. I call it Paper Galen—soon to be the number-one toy among kid marathoners everywhere! (So far this only includes the Welsch sisters, but I have a feeling America is on the cusp of a youth running craze.) 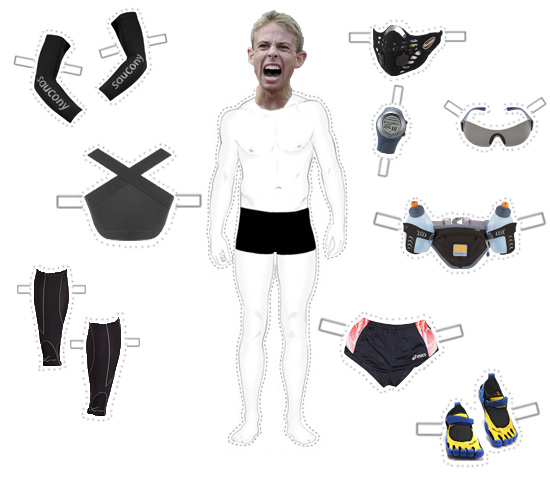 This past Sunday, I—like many Americans—tuned my TV to one of the most anticipated sporting events of the year. I am of course referring to the New Balance Indoor Grand Prix.

In a sly move aimed at preserving as much advertising revenue as possible, ESPN2 elected not to broadcast the meet live on Saturday night, as it would have blocked a valuable time slot from much more lucrative programming options like masters water polo or competitive cup stacking. (I didn’t make that up—cup stacking really is a Thing and ESPN really televises it.)

I wish I had been a fly on the wall in the ESPN programming meeting where the Grand Prix scheduling decision was made. I imagine it went something like this:

SCHEDULE BOSS GUY: Ted, when should we play that Boston indoor track meet?

TED: Uh, I dunno, Boss. I guess we could just play it live. There’s nothing else going on that night.

SCHEDULE BOSS GUY: Wrong! If you don’t learn anything else from me, Ted, at least remember this: never put track and field in a time slot that has even the slightest possibility of drawing an audience. Saturday night is prime airtime for losers with no girlfriends, injured construction workers with no girlfriends, and fantasy geeks with no girlfriends whose Dungeons & Dragons game is on hiatus until the Dungeon Master recovers from the flu. It’s ratings gold just waiting to be mined!

TED: Oh, OK. So what would you put in the Saturday night slot?

TED: But what about the track meet? We’ve got to put it somewhere.

SCHEDULE BOSS GUY: Think about it, Ted. What’s the one day of the year when we have nothing to lose—when we know for certain that the entire country will collectively not give a crap about what’s on second-tier sports channels?

SCHEDULE BOSS GUY: Very good, Ted. You’re catching on quickly. So, since we have pretty much no chance of attracting any sort of TV audience on that particular day, we might as well play something that nobody would watch anyway. Something like…

What Ted and his boss didn’t account for, however, is the fact that there are literally tens of former track athletes out there just waiting for an opportunity to watch their beloved sport on the small screen. Usually this means sneaking into the living room in the wee hours of the morning to catch a condensed replay of a weeks-old college meet on some obscure sports network.

So when I see a TV listing for a track meet that is going to play on ESPN2 during normal waking hours, I get pretty flippin’ excited—even if it is Super Bowl Sunday.

Sure, I grew up in a football family that treated Super Bowl Sunday like a sacred religious holiday. But was there really any harm in skipping a bit of the redundant pre-game “fluff” to get my track and field fix?

Boy, was I glad I tuned in. Not only did Mary Cain—the 16-year-old running phenom from New York—shatter the high school two-mile record by SEVENTEEN FREAKING SECONDS, but also the camera crew managed to catch would-be 800-meter winner Phoebe Wright hawking a giant loogie on the track as she took her position on the starting line. (In case you were wondering, spitting on an indoor track is generally frowned upon. Vomiting, however, is totally permissible because come on, how are you going to stop that?)

Also, I will readily admit to giggling like a 6-year-old girl when men’s 3,000-meter competitor Dejen Gebremeskel, completely oblivious to the fact that he was being filmed at the starting line, did a not-so-subtle pick-and-flick before running to a third-place finish.

The logical explanation for their lack of manners: they’re not used to being on TV, and when they are, the only people watching are hotel night auditors and insomniacs who are just trying to find some yawn-inducing television until the Lunesta kicks in. Oh yeah, and pathetic track and field has-beens.

UPDATE: It has just come to my attention that the New Balance Indoor Grand Prix allegedly was broadcast live on ESPN3, an online streaming service loosely affiliated with ESPN. According to my research, access to this particular channel is heavily restricted by a series of complex subscription regulations imposed on the vast majority of digital cable providers. A recent survey of cable users revealed that ESPN3 is available in approximately 17 homes nationwide. However, since this figure falls within the margin of error associated with the survey, it is quite possible that ESPN3—like Manti Te’o’s girlfriend—is nothing more than an elaborate Internet hoax.
Posted by Brooke Andrus at 10:42 AM 3 comments: