For the past three months or so, I have suffered from a nagging pain in my right hip. It’s not quite a stabbing pain, but more like a dull burn that increases in intensity following strenuous physical activity.

According to Web MD, the pain is most likely the result of (a) bursitis, (b) tendonitis or (c) cancer.

I have spent several weeks implementing the treatment regimens suggested for conditions (a) and (b). And since we all know that Web MD is controlled by avaricious medical professionals who want to scare you into scheduling a CAT scan by listing cancer as a possible diagnosis for every symptom from a cloudy toenail to a chronic eye-twitch, I think it’s safe to take condition (c) off the proverbial table.

Still, the pain persists. Therefore, I am convinced that my problem stems from a cause beyond the realm of modern medical science. With careful thought and consideration, I amassed an impressive list of possibilities. Here are some of my top hypotheses, presented using scaled anatomical diagrams: 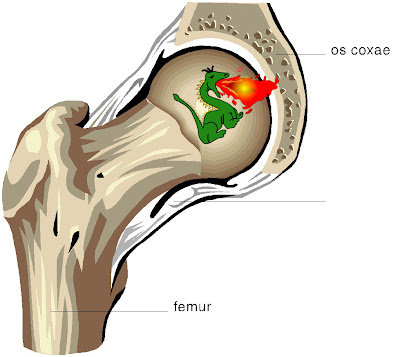 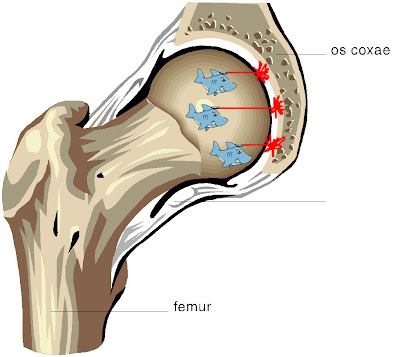 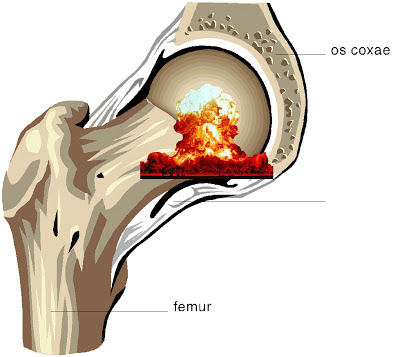 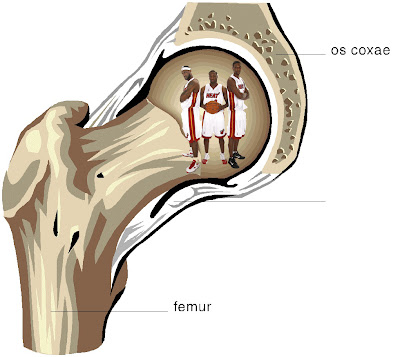 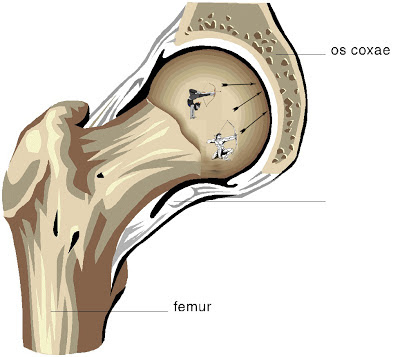 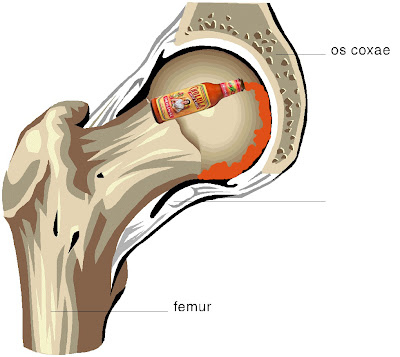 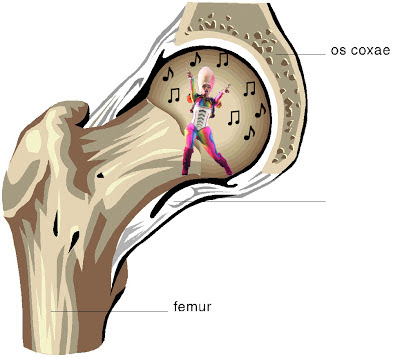 Most hotels nowadays have some sort of fitness facility. They range in size from “a rickety treadmill and two partially inflated exercise balls” to “a handful of various cardio machines and a set of mismatched free weights” to “a miniature health club with several machines, a spa and a trainer named Rick.”

For the past couple of months, I have been staying at a hotel with an above-average exercise room. There are no deep-tissue massages available post-workout, but as far as I can tell, all of the equipment was manufactured sometime in the last decade. There are three treadmills, two elliptical machines, a recumbent bike, a set of weights and medicine balls, and a rack of clean sweat towels (bonus!).

I’m staying in the middle of a very urban area, which means there aren’t many outdoor running options. (Unless your idea of a workout involves dodging the unsavory characters lurking in city bus stops.) As such, I have become somewhat of an early morning fixture in the hotel gym.

It’s not a bad place to get in a workout, especially if, like most hotel guests, you’re only in town for a couple of nights. The problem for extended-stayers like myself is that everyone else walks through the door knowing that they are probably not going to see you—or anyone else in there—ever again.

Once gym etiquette goes out the window, it’s total anarchy. In this dog-eat-dog, every-man-for-himself kind of atmosphere, you better snag the equipment you want the moment you see it open.

The way to do this, apparently, is to wipe your sweaty head with a fresh towel and then drape said towel over the piece(s) of equipment you wish to use later. That way, you can hop on the treadmill for another 30 minutes knowing that the 25-pound dumbbells will be waiting for you whenever you’re ready.

While you’re at it, it’s probably a good idea to reserve one of the two benches in the room using another rag soaked in your own perspiration—you know, just in case someone else is thinking about using it sometime in the next half-hour.

Oh, and heaven forbid that you screw up your circuit due to lack of floor space for your burpees. You should definitely go ahead and dibs some real estate using a stretching mat topped with—you guessed it—another damp sweat towel.

When you see another guest circling around “your” bench with a confused look on her face, it’s best to just stare straight ahead and pretend not to notice. She’ll go away eventually. And if she doesn’t, you can always play dumb. (“Oh, oops! I didn’t mean to leave that towel there. Silly me!”)

If she calls you a jerk and storms off, who cares? You’re checking out in 45 minutes, and you don’t plan on returning anytime soon.

Before you leave, though, you should stop by the front desk and lick every apple in the dish of complimentary fruit—just in case your plans change and you end up coming back later.
Posted by Brooke Andrus at 10:53 AM 2 comments: