Even though I ran cross country competitively for more than a decade, I will be the first to admit that it isn’t the most exciting sport to watch.

There are no big plays, no big hits, no juicy hot dogs and cups of beer. Instead, there are dozens—sometimes even hundreds—of competitors to keep track of on a course that is probably long, hilly and annoyingly spread-out.

The only thing giving cross country even the smallest iota of entertainment value is…the shirts.

Over the years, I came up with quite a few designs of my own, although they never seemed to catch on with my coaches or teammates, presumably because they were sort of counter-inspiring. 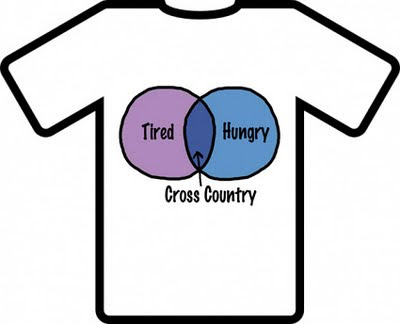 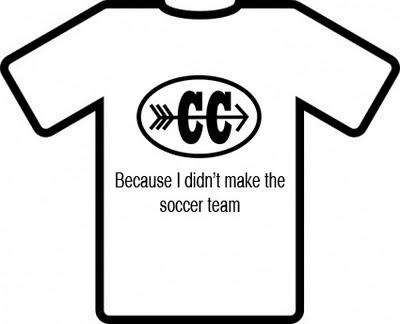 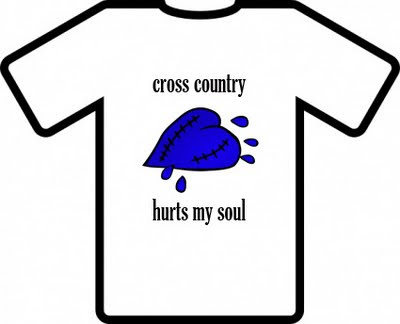 The problem is, my humility, coupled with my not-so-secret disdain for cross country, made it difficult for me to come up with catchy, positive phrases that would help build team confidence.

But when I was listening to the radio in the car the other day, I realized that during my competitive racing years, I had completely neglected a potential gold mine of ego-pumping wordage: pop artists.

Of course! Is there anyone more arrogant and self-absorbed than a young modern music star? I could just jack some lyrics, slap them on a t-shirt and…voila! Here are some of the samples I’ve cooked up so far: 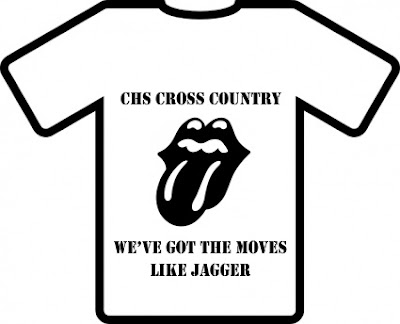 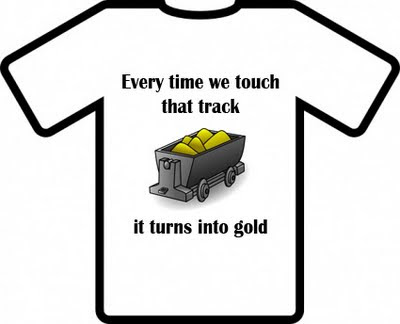 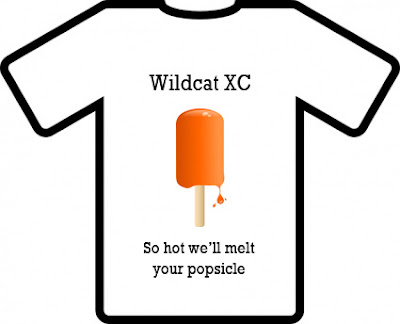 Orders can be sent to my email address.
Posted by Brooke Andrus at 12:43 PM